OK, this is in answer to Joe's question...

Is Japanese culture as group oriented as shown in popular media?

In a word: YES

The group is god here. They even have a proverb for it: "The nail that sticks up will be hammered down." Whenever I teach adjectives such as 'Outstanding', I have to explain that it is not a negative word. Students always assume it's bad.

The group hive mind can lead to some serious problems, too. Bullying here isn't one maladjusted jerk with two or three toerag sycophants; it's a whole class chanting insults and saying things like "Die, moron!" to whichever kid has been picked as an outsider this week. Stay-at-homes, kids who refuse to attend school, are rampant here.

Bill Gates/Steve Jobs-style successful mavericks are rare. While Masayoshi Song of Softbank, Takahumi Horie of LiveDoor, and Hiroshi Mikitani of Rakuten are celebrated in the media and respected by many for pushing the envelope, they are rare exceptions. Even promotion is still primarily seniority based, with little recruiting from outside or diagonal job movement (this, however, has been changing quickly in recent years).

But one thing I find really hilarious is how all the rebels dress exactly the same. They rebel together, you see, finding a group with similar mindset, which takes them from outsider to insider. 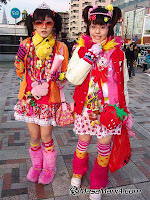 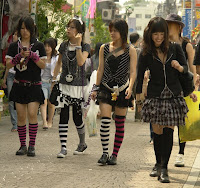 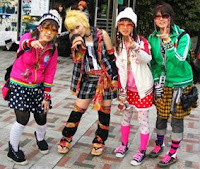 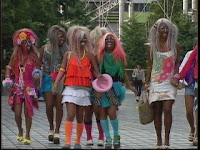